Man, I tell ya…Mystery Coach?  She’s got it goin’ on!  She’s so in-tune with everything and I am absolutely in love with how honest she is.  I’ve got mad respect for her which means I take to heart what she says because a lot of the time what she says hits home with him in a big way.  These past couple of days she’s been blogging about the act of judging others.

For the past few days I’ve been doing the whole Facebook stalker thing on different pages, most of them media-oriented and good grief!  People just get all kinds of bent out of shape if you judge them for judging!

This is me, being guilty.

My Mom says I have sort of a evil look on my face here.  The more I look at it, the more I agree with her. 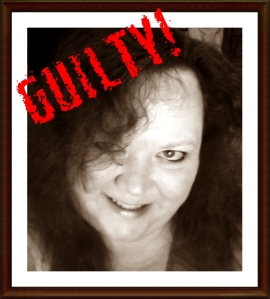 Now, having admitted my guilt here openly and in front of God and everybody, let me say this:  I’m also aware it’s wrong to judge others.  We can’t possibly know what goes on in anyone’s life but our own.  Hell, a lot of the time I don’t get what’s going on in my own life so passing judgment on others is not something I’m qualified to do.  I’m qualified for a certification in shop vac usage but that’s a blog for another time.  Sometimes though, these things just come out of my mouth and I’ve thunk it and said it and there ain’t no taking it back.

(M.C. just said she’s created a monster.  No worries my friend.  I was mostly monster before we met.  I probably can’t get any worse than I already am.  It’s okay.  I promise).

Today (or two days ago when I started writing this), I was watching a conversation on Facebook that quickly escalated to an all out war on judging other people.  This one was about Honey Boo Boo.  If you’ve not seen her, here:

As a rule, I try very hard to never judge children.  Granted, there’s been a kid or two that I’ve come across in public that has made me raise an eye brow or cringe because the behavior is so terrible but I reserve judgment for the parents who either do or do not influence their children’s attitude.  Anyway, in the case of this discussion thread on Facebook, ultimately it resulted in a battle on judging people for judging this little girl and Mama Honey Boo Boo.  You can poke around on YouTube and find a video of this woman if you want.  I won’t get into my thoughts on this woman or her family (THAT’S JUDGING) but the entire topic was certainly controversial during this particular discussion.  It ranged from people who just completely hate this kid and her Mom to total indifference to people who love her and support her Mom and in between all of that, I saw MANY folks who were judging others for judging!

Here’s where I get up on my high horse for a minute so bear with me.  A  lot (and by a lot I mean most of the people who were doing the judging for the judging) claimed to be Christian and swore they never passed judgment on others all while criticizing and being hateful.  WHAT?!  Christians who judge others for being judgmental…do they not see what they are doing?  I’m sorry but all of my life it has been my experience that religious folk are the worst at doing this.  Uh, hello pot?  Calling the kettle!  So hypocritical.  NOTE:  I’m not exactly picking on religious people.  Just stating an observation.  I do know they aren’t all that way.  Okay, I’m stepping down now.

Religious or not, most of us aren’t hypocrites and we realize what we’re doing.  The thing about it is we don’t have to be harsh.  We don’t have to be cruel.  We can express an opinion without hurting other people.  Humans spend so much time, entirely too much time, ripping into each other and it’s just unnecessary.  So as of this moment, I will vow to be a more kind person. 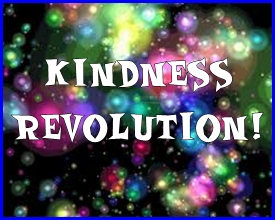 Who’s with me?  We’ll get t-shirts, hold hands, sing songs about being nice to people!  Alright.  We probably will never do these things but what we can do is recondition our brains (and our mouths or fingers in the case of blogging) and for every criticism we are on the verge of, we THINK and replace that bad thought with a good one.  Deal?

Now, before we can move forward with this brilliant plan of happy action, we need to take a moment and consider the  people out there who might be asking to be judged. 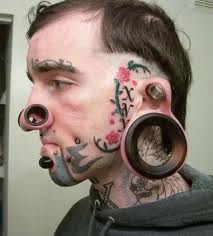 It’s possible I’m way off here and these people and others like them just need to express their individuality, which I’m all for, but I also can’t help but wonder if they are merely attention seeking whores and if so, it’s inevitable they will get the wrong kind of attention and they WILL be judged.

How do we respond to them if we’re dead-set on being kind to others?  We say nothing at all.  There’s never been a more sensible saying than “if you have nothing nice to say, don’t say anything at all.”  Just don’t.  They are different but they are still people, right?  They still have feelings right?  Let’s not trample them.

Now before I can go on, I need to apologize to anyone and everyone I’ve criticized so I’m doing that here and now.  If I’ve hurt you, I’m sorry.  Truly sorry.  Words, once out there, can’t be taken back so let’s just make sure we toss out words that we won’t later want to take back.

3 thoughts on “Judging the Judges…”

Short stories, editorials, exploration, and other fun things that inspire us.

Freedom to a Full Life