Periodically, Sandra Brown (the author) gives out her books or audio CD’s free on Facebook.  Just a few minutes ago, I received an email from Jaimee, Sandra Brown’s assistant.  She (Jaimee) and I have exchanged brief emails in the past as this is the second time I’ve won free books.   This reminded me that I’ve yet to brag on my Major Award!

About seven months ago, author Joanne Fluke had a contest on her Facebook page.  In her last book, an intruder in the form of a woman showed up in Lake Eden and has come between Hannah and Norman.  This contest was for ways to kill off said intruder.  So, I wrote a murderous plot, submitted it and WON!  That’s right, I WON!  Actually, there were three winners but out of all the contestant entries, I was in the TOP THREE!  That’s right, the TOP THREE!

I received a note from Joanne and a Moishe.

(You really have to read these books – Moishe is Hannah’s cat).

I am DIABOLICAL!  Best compliment I’ve ever gotten from anyone. 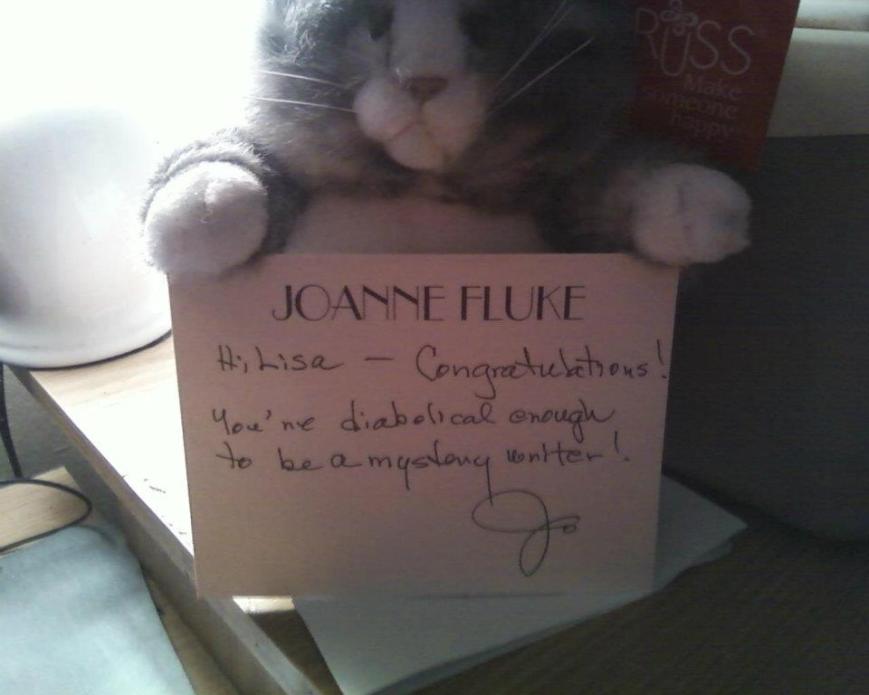 for years I thought this was as good as it could get. 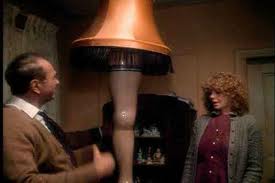 Now, if you’ve not read Joanne’s books I MIGHT be able to understand that, but if you’ve not seen A Christmas Story then please let me know how that cave livin’ is working out for you.

On a serious note (although I’m pretty serious about that whole living in a cave if you’ve not seen A Christmas Story thing  – it’s the only explanation) this note from Joanne is keeping me inspired.  She’s one of the best writers I’ve read so if she thinks I’m good, then it’s possible I don’t suck as much as I think I do.  So I keep on keepin’ on.